The locker room in Greensboro Coliseum was quiet. Only a few voices could be heard as Dmitri Batten pointed over toward Garland Owens, who was sitting alone on the far end of the room.

Boston College had just lost to the University of North Carolina in the second round of the 2015 ACC Men’s Basketball Tournament, and Batten was discussing his role during his one year with the Eagles.

“Coach [Jim Christian] told me when I first came he wanted me to build a culture,” Batten said. “With Garland coming back next year, I look at him like my little brother, so I feel like he’ll bring the intensity next year.”

Batten was the high-tempo guy for Christian’s team last year. He played fast on offense and even faster on defense. It became a big part of the team’s identity: while the Eagles lacked the pure skill to win games, they could outwork and play alongside the elite ACC teams deep into the second half.

On road trips, Owens often roomed with Batten, who shared his insights on the game—especially from a defensive standpoint—with the sophomore. The two had a lot in common. They were from roughly the same area—Owens is from Maryland and Batten is from Virginia—and knew similiar people, leading Owens to bond with and learn from the fifth-year graduate transfer.

Still in touch with his former teammate on a regular basis, Owens is ready to take over where Batten left off.

“I have a bigger role this year, and [Batten] pretty much told me that last year,” Owens said.

With seven freshmen on the roster and only one other returner who played meaningful minutes last year, the slate is clean for this team. As Christian rebuilds from scratch, a lot of trust is involved in this process. It’s going to be a long one, as it’ll take the freshmen a while just to acclimate to the college game, let alone the level of play in the ACC.

For Year Two of Christian’s tenure, the process is more about team culture than results. Before the thought of scoring enough points to win a game enters anyone’s mind, a team must sustain a high energy level at all times. Players have to drag each other to the gym, instill confidence in one another, and not get too down—and there will sure be a lot of downs. Owens is the guy Christian needs to make this happen.

In his first two years, Owens has learned under Olivier Hanlan, who took Owens under his wing and helped him the most in transitioning to BC as a freshman.

With seven young basketball minds to mold, Owens is getting his biggest opportunity to utilize what he learned from Hanlan and Batten’s leadership. He sees the freshmen having fun in the gym, and it brings back memories of two years ago, when he was one of those guys.

From speaking to the freshmen off the court, it’s clear that Owens is a crowd favorite. Matt Milon immediately brought up Owens when asked who brings the most energy to the team. When asked who was the funniest on the team, A.J. Turner and Jerome Robinson both said Garland without hesitating.

In practice, he’s always moving, even when play stops around him. He never misses an opportunity to show off his freakish leaping ability and go for a dunk. If Owens has the ball in his hands and a coach halts the drill, he’s going to finish anyway. It’s not just any finish, though. Owens is going to get airborne, swing his arm back, and go for the windmill finish only seen in a dunk contest.

He might miss badly, but he’ll laugh it off with his teammates anyway. After a brief moment of levity, though, it’s back to practice. For all the goofy energy that Owens brings to the team, there’s an equal amount of ferocity that emerges when it’s time to get to work.

“I think if you asked the guys on our team who’s probably played the hardest in the preseason, Garland would be that guy,” Christian said. “He competes hard—sometimes too hard.”

Christian uses the word catalyst to describe the junior forward. In the most scientific of terms, Owens is a substance that increases the rate of a chemical reaction, or in basketball terms, Owens is the spark plug for his teammates.

It’s more than just being a spark plug, though. Owens is the generator, the source of power that continually fuels the components plugged into a game. Unlike a piece of flint that lights the fire only once, Owens is a non-stop electrical hum, a constant presence on the court. It’s fitting that his teammates call him “G,” because there’s a lot of force coming from his 6-foot-5 frame.

“That’s just how I try to bring energy, just flying around,” Owens said. “Because when you fly around, things happen. A tip dunk, offensive rebound putback—that gets you going, that gets everyone around you going. It brings energy, and we feed off that energy. We can continue to go.”

This snowball effect will be key for a team that is as young as this. While the freshmen aren’t completely lacking in confidence at this point, they have yet to be thrown into the ACC fire pit. When the game is moving at a million miles an hour around them, it’ll be easy to fall behind. Enter a player like Owens, who is not only going to be seen flying around the court, but heard, too.

He is, by far, the loudest on the team. Whereas Clifford is the elder statesman of BC and Eli Carter is a leader by example, Owens is a vocal leader.

Clifford, Owens, Steve Perpiglia, and Darryl Hicks are the only holdovers left from Steve Donahue’s tenure, and they’ve stuck together to be leaders on this team.

Owens is using all these experiences to help out the freshmen, but he still has to focus on his game as he looks to take a starting role this year.

On the court, Owens’ biggest impact is on defense, where his vocal and high-energy style of play counts the most. This year, however, the switch from playing the three to the four—a position he has never played—is going to put added defensive duties on Owens.

He will be tasked with guarding bigger men, and that means he’ll be doing his work in the paint. It’s no longer running with guys on the perimeter, it’s battling for position down low. At it’s simplest, defense is the same at any position, in that the main goal is to prevent the other player from scoring. But the positional switch brings a whole new set of defensive positions, as you have to look out for new screens and make new switches, all while going up against 6-foot-1, 250-pound monsters that can eat you alive.

On the other end, though, Owens might have the advantage. Offensively, he’s gifted with tremendous ups and likes to live above the rim. The speed and athleticism should be in his favor against more traditional power forwards, most of whom will have a hard time keeping up with him.

For a player that has only averaged 3.7 and 3.4 points per game, respectively, and started six games in his first two seasons, the switch is a big one, but Owens has come a long way since his freshman year under Donahue. He is more confident than he ever has been.

He recalls how, in his first year, BC was a passive team that never went out and attacked. Christian has wholeheartedly changed that, creating a team that relies on personalities like Owens as the nucleus. With a new culture, and another brand new team, Owens is looking forward to making some noise.

“It’s kinda cool, a lot of dudes don’t know about us, because they don’t know what we have,” Owens said. “It’s definitely an underdog approach that we embrace.”

Owens, who grew up a half hour from College Park, knows some of the players on the basketball team at the University of Maryland. The Terrapins have made a dramatic switch from an average program to top-five team in the country, and Owens looks at that team as an example of where he wants BC to go.

Maryland is a success story in rebuilding. Building things is hard. It takes time, manpower, and a lot of effort. Building a team, in particular, is one of the hardest things to do, as you aren’t just putting steel beams together with big cranes, you’re putting people together.

Dmitri Batten was told to build something last year, and now he’s passing the baton.

Garland Owens is the foreman, and he’s doing that job with a little bit of goofiness, a lot of confidence, and a constant flow of energy. 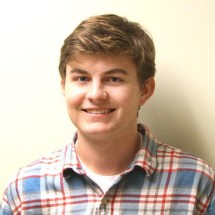