Joseph Shamon, CSOM ’16, believes there is a shortage of “learn by doing” opportunities on the Boston College campus. While BC’s pre-professional club list features long-running mainstays that have helped educate and prepare students for careers in marketing, finance, technology, and other disciplines of business, Shamon and five partners are unrolling an initiative this fall that aims to fill the void they have noticed.

The Student Business Consortium (SBC) will allow students from all grade levels and educational backgrounds to work together on real-world business projects in a variety of disciplines.

The consortium contains five distinct divisions––finance, consulting, marketing, accounting, and social entrepreneurship––that Shamon feels are representative of the bulk of BC students’ career interests in business. Each group is headed by a Vice President and contains project leaders that pilot interested students in initiatives the club will take on. The projects accomplish Shamon’s goal of simulating real-life business scenarios by working directly with sponsor companies in Boston.

“We partner with these companies in Boston and they give us business projects, either in case study formats or in real-life scenario format,” Shamon said. “A lot of these projects are similar to what you get in an internship.”

While the club has only officially existed for a few weeks, it has already succeeded in forging partnerships with large corporate names in marketing and finance.

“We are partnering with TJX this semester for a marketing project,” Shamon continued. “They want us to help market their baby accessories. They give us that scenario and say they have deliverables they want our team to work on for the semester. They let us work on them and then we present at the end of the semester at their offices in Boston.”

In addition to TJX, SBC is working with Abercrombie and Epsilon on other marketing projects. The club has also agreed to work with Goldman Sachs on a sales and trading project with professionals from the firm’s derivatives desk in Boston. Main Street Partners, a nonprofit consulting company, will take part in another partnership to work on improving the firm’s social media presence. Shamon indicated that SBC can work more directly with nonprofit firms because unlike profitable entities, there are no legal issues with helping nonprofits earn revenue.

Starting a club that relies heavily on professional relationships to large corporations, Shamon explained, comes with its fair share of growing pains. Many of the efforts involve work not unlike networking for potential jobs––finding BC alumni on LinkedIn and via cold calls, talking to recruiters, and exploring the professional networks of professors and faculty members.

Shamon believes there are two-sided benefits to the relationships that SBC will help build. For students, they can network with professionals at firms they would be interested in working for. For these professionals, they can get a sense of internship and job candidates far beyond what is displayed on one piece of paper during resume drop periods. Ideally, Shamon noted, they will be exposed to many qualified and interesting candidates not just from CSOM but from all of BC’s four undergraduate schools. Not all of SBC’s focus, however, is on sponsored projects.

“One other sector of projects is the non-sponsored projects,” Shamon said. “If we have an idea and want to run a project but can’t find a firm to sponsor it, we run it internally. One of the projects we really wanted to run was an investment banking project, so our VP of finance, Charlie Lee, CSOM ’16, created a project modeled after aspects of his training at [the investment bank] Evercore this past summer.”

Additionally, Shamon says there are plans for projects on campus that will help students analyze and improve aspects of the BC experience.

“For consulting, we’re looking at BC Dining and seeing if we can find ways for them to cut costs and become more efficient,” he said. “We’re going to look at their menu prices and see if they can change their models at all, and do some analysis of that. We’re looking into creative ideas like that for projects that we can’t get sponsored.”

While a major crux of Shamon’s initiative is focused on the “learn by doing” model he believes should exist in a greater capacity at BC, his motivations for creating SBC were also heavily rooted in observations he made about career resources given to students––including himself––in the school of management versus those in other schools.

“Part of it comes from seeing the resources we have [in CSOM] and also being an Economics major in A&S,” he said. “I’ve seen a different environment in my CSOM classes in terms of the focus on career training versus what happens in A&S with the more theoretical side of economics.”

The issue begins, according to Shamon, when students apply to BC without fully knowing what their career interests will be, and then develop an interest in business after arriving on campus.

“I have a lot of friends in A&S and a lot of them, when it comes to recruiting, cover letters, resumes, and networking, just don’t get the same knowledge and preparation [as CSOM students],” he continued. “It’s a huge disadvantage because a lot of students don’t know they want to study business when applying to college, and of course can’t get into CSOM when they’re already here.”

Shamon believes that moving forward, SBC can help bridge the gap between students who realize they are interested in business but do not always have the resources––or know enough about existing resources––to facilitate those interests. The club received over 200 signups at last week’s Student Involvement Fair, consisting of mostly underclassmen, but is still looking to recruit students of all educational backgrounds and grade levels for both general membership as well as project leader positions.

“Down the line, as this builds, I want to maintain long-lasting partnerships with companies and I want to have multiple projects running each semester,” Shamon said. “I also want this club to be the most sought-after business club on campus and I really think that can happen with this model––it’s got great potential. For me this is almost a full time job, I’m spending as much time doing this as I am my schoolwork.” 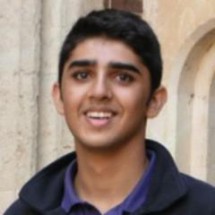