A lot happened this year. 2015 started with blizzards and ended with basketball players succumbing en masse to the norovirus. In between, the Boston College community saw the potential for a Boston Olympics, student activism, and one very special fictional story about Scooby Doo and Fr. Leahy. Thanks for sticking with us.

White noise: Beginning at the end of January, Boston was buried in 103 5/8 inches—it didn’t fully melt until July, and the city of Boston declared a state of emergency. The University responded to the “Snowpocalypse” with canceled class and dining employees sleeping in cafeterias. The Heights had fun, too.

The fight for divestment from fossil fuels: The spring was marked by severalsmall protests by Climate Justice at Boston College, a then-unregistered student organization that aimed to get the University to divest from fossil fuels. The protests hit a peak when over 100 activists from the Boston area—including environmentalist Bill McKibben—came to campus in the spring. CJBC became a registered organization this fall, but that came with a stipulation—and a new challenge.

Own It Summit: In March, UGBC and Women in Business joined Georgetown University to host the Own It summit, a series of events aimed to inspire and provide networking opportunities for college-age women. This year, speakers includedGoogle executive Julie Rollauer, BC ’97, radio host Candy O’Terry, BC ’79, social entrepreneur Carrie Rich, and former Cosmopolitan Editor-in-Chief Kate White.

Student guide changes: UGBC and the Office of the Dean of Students have been working together to implement changes to the wordy Student Guide, and werepartially successful. They collaborated on changing the style of the Guide, but some important parts about free speech remain unchanged.

A push for LGBTQ resources: In an initiative sponsored by then-president of UGBC, a group of alumni pledged in the spring to withhold donations to the University until a dedicated resource center for LGBTQ students was created. The pledge, though not sponsored by UGBC, was in conjunction with student leaders coming forward about the history of tension between LGBTQ programming and the University. “We can make this work here,” one sociology professor said about a resource center.

The year’s most important front pages

To see more issues, take a look at our archives.

Momentum awards: Each year, The Heights awards some of the most prominent individuals on campus. In the 2014-15 school year, we recognized student activistJames Kale, ex-quarterback Tyler Murphy, new Dean of Students Thomas Mogan, professor Michael Resler, and the emergency staff for its handling of the record-breaking snow. Katie Dalton, head of the Women’s Center, was our person of the year.

Light The World: BC’s largest fundraiser is closing in on its $1.5 billion goal. The first fundraising effort, in 1921, raised $1.7 million. Donations for this most recent effort have been amassed from nearly 133,000 individuals and organizations.

Protests for racial equality: The “die-in” in January marked the beginning of 2015’s protests for racial equality, free speech, and a response from the University. In the fall, BC created a joint committee on racial diversity. A group called Eradicate Boston College Racism gained prominence in the fall with a number of demonstrations, including one at the Ta-Nehisi Coates talk, a sit-in, and activism-themed parodies of Christmas carols. At a “blackout” organized by a member of UGBC, students stood in solidarity with students at the University of Missouri. BChas acknowledged the challenges it faces in hiring a diverse faculty—though diversity has improved in recent years. In a dive into history, The Heights traced BC’s process of integration and inclusion, beginning in the 1960s.

New names: The College of Arts & Sciences was renamed in the spring to honor Robert J. Morrissey, a Boston attorney and investor, and now the largest benefactor in the University’s history. This fall, benefactor Mario Gabelli donated $10 million to beautify campus. As a result, BC named the open area outside Conte Forum the “Gabelli Plazas,” and UGBC released a statement expressing disappointment with the allocation of funds.

From coffee to physics: Scott, the lead cashier at the Chocolate Bar, will move onto a new job in the physics department. Prepare yourself for mornings without his trademark greeting—“sure thing.”

The norovirus strikes (back): At first, it was half the men’s basketball team. Then, the number of infected students surpassed 100. The University’s norovirus epidemic, started by an infected employee at the Cleveland Circle Chipotle, made national news and spurred changes on campus during finals week. The stress of the situation was almost funny.

Women’s basketball suspensions: Two players were suspended and one was removed for violating team rules in February. The rules were undisclosed.

Freshman forward to the OHL: Jeremy Bracco unexpectedly left BC this fallafter only six games to sign with the Ontario Hockey League’s Kitchener Rangers. The Eagles have been fine without Bracco, getting out to a 13-2-1 start, highlighted by a victory over the University of Denver the same week he left.

Losses: There were a lot of them. Men’s hockey to Northeastern in the Beanpot semifinal; women’s hockey to Harvard in the Frozen Four; football to Wake Forest in a mismanaged game; football to Notre Dame in the Shamrock Series at Fenway Park; and men’s soccer to Syracuse in the Elite Eight. After its season ended, football also lost defensive coordinator Don Brown to Michigan, as well as three running backs, who will be transferring to other schools.

Wins: Hey, at least men’s soccer got to the Elite Eight, with a win over Georgetownby way of penalty kicks in the Sweet 16.

Mod of Cards: In February, producers of the University’s student-run television show, Mod of Cards, chatted with The Heights about their production process—which includes a fake Foster St. party.

Breaking the bubble: BC’s best-known band has expanded outside the realm of campus, to the commencement ball, New York, House of Blues, and the Middle East—the Cambridge bar, that is. Juice isn’t BC’s only group to venture beyond the 02467. In the spring, the Music Guild “broke the bubble” in downtown Boston, and senior William Bolton will play Delaware’s Firefly Music Festival in June.

Wacky Wynnm: 2015’s Arts & Review editor Ryan Dowd sat down withsophomore Wynnm Murphy, a singer-songwriter with an affinity for busking, Bon Iver, and her kick-drum suitcase. Listen to them chat in the Scene and Heard podcast.

Boston Calling: Avett Brothers, Alt-J, and Alabama Shakes took over this year’sBoston Calling. Beards, beers, families, and flannels-round-the-waist were everywhere at the festival in city center.

The instagrammable city: Senior Kathryn Riley reframes the city down the Green Line with a gloomy filter and a particular angle to peel away the “superficial Boston.”

The sketch of an artist: As Vinny Roca says, “everyone experiments with acrylic in high school.” A look at a member of BC’s art scene.

A Very Scooby Scene: In a departure from The Scene’s normal close-up on BC culture, the editors of the Arts & Review section spun a wild (and fictional) tale about the Scooby squad’s adventures on campus. Spoiler alert: Count, uh, Father Leahy is a vampire.

Push to start: Boston’s burgeoning entrepreneurship culture was captured in the startup issue. At Jebbit, the young company celebrates every deal with “Bounce It” by Juicy J. Boston’s “Startup czar” Rory Cuddy is a primary point of contact for new businesses in the city. Ralph Parent, a former BC football player, went through multiple jobs before finding a place in the real estate startup scene. And Jackie De La Rosa’s entrepreneurial mentality is fueled by her immigrant father’s ability to work his way through college at Wendy’s.

Boston 2024: For a while, it looked like the Olympics might be coming to Boston, with BC’s Conte Forum holding wrestling and judo. But after much concern from the public, including a contentious meeting in Robsham Theater, the bid was killed by the U.S. Olympic Committee.

R.I.P. Cleveland Circle: This fall, Roggie’s Brew and Grille owner John Rogarissold the lease after 21 years in the same location. Two months later, Rogaris was sentenced to 200 hours of community service and two years in prison for misleading a police investigation. Yikes. Luckily, we still have Pino’s. Mary Ann’s, the popular bar for BC students, faced multiple suspensions for underage drinking. Cityside was suspended for three days in October after Boston slapped the bar with sanctions for, you guessed it, underage drinking.

Food Guide 2015: The Heights wandered into Boston to highlight our favorite places to eat barbecue, linger over tapas, and drink coffee—take a second to identify all of your fellow caffeine addicts, too. 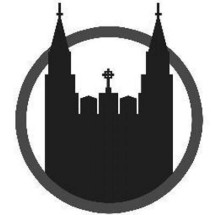