Entering the season, if you shuffled down after your 1 p.m. class on a Friday afternoon to Shea Field, hoping to catch a baseball game—Boston College’s best mix of sporting events and cost (read: free), pending the weather—you’d be likely to see Mike King. The Warwick, R.I., native has the pinpoint accuracy of Greg Maddux. Though his fastball only reaches the high 80s or low 90s, he can pound the lower half of the plate with devastating sinking action, and he paints the corners like Rembrandt. King works methodically and quickly—his most recent outing, a complete game, one-run effort, lasted under two hours. He is the true definition of a control pitcher.

Roll out of bed on a Saturday, get a McBC sandwich, head to Shea, and you’d see Justin Dunn. The former closer has an easy and effortless delivery. Yet his pitches are anything but. Dunn sets fire to the radar gun with heat that touches 98 miles per hour. ACC hitters look silly going up against his big-league 4-seamer. He may lose counts from time to time and walk a batter or two, but when there are men on base, don’t expect them to score, because Dunn will make sure that ball is never put in play. He is the opposite of King, a true power pitcher.

Yet head coach Mike Gambino wanted more. He needed a guy who was the full package, who could round out a strong rotation and be its Friday night starter in a couple of years. Someone with an overwhelming fastball that could be placed wherever he wanted it. And, on top of that, he needed someone who could make batters look just as foolish with his offspeed stuff as with his heaters.

At long last, Gambino has found that pitcher. His name is Bear.

Despite all of BC’s upperclassmen studs on the mound, freshman Jacob Stevens is the most imposing. He’s a big dude, one of the biggest on the team, measuring in at 6-foot-3, 248 pounds. But even that seems like an underestimation. The Darien, Conn., native has broad shoulders like Michael Phelps, so his powerful stature allows him to intimidate batters without trying. His neck makes California Redwoods look thin. While his facial expressions are kind, they are calculating. Read his eyes, and he knows exactly where a pitch will end up before catcher Nick Sciortino even gets into a crouch. He feels that he’s the one who’s going to win on any given day, against any opponent.

“I don’t like to lose, I like to go out there with the mentality of ‘I’m better than you,’” Stevens said.

After a few seconds of thinking, Stevens remembered another thing that makes him successful.

“I’ve also been blessed to throw hard and have a good curveball,” Stevens said with a sheepish grin, “so that helps.”

His primary weapon is his four-seam fastball, which is at home at 89-92 mph but can get as high as 94. His breaking ball, which Gambino listed as “plus-plus” the first time he saw Stevens pitch, resembles a slurve. When it’s released from his hand, Stevens’ slurve looks like a pitchout, destined to ride high and make Sciortino leap to reel it in. Yet he puts a sharp, biting motion on it that lets the ball fall over the plate by the time it reaches the dirt in front of the mound.

Something was missing. Like many high school pitchers, Stevens deceived batters just by going fastball-breaking ball. At the NCAA level—and especially in the ACC—that isn’t going to fly. Stevens had dabbled with a changeup throughout his days at the prestigious Choate Rosemary Hall, but wouldn’t want to bring it out in important situations.

That’s a normal feeling among pitchers in the Northeast, according to Gambino. The changeup is designed to come out of the hand appearing like a fastball before slowing down at the last second and dropping. But in this region, the talent for arms greatly outweighs the talent at the plate. Below-average hitters who can’t catch up to a fastball anyway can sit on the changeup, easily taking advantage of the slower stuff and letting the pitchers do them a favor.

Instead of dropping it altogether, pitching coach Jim Foster forced Stevens to work on it every day. The two would constantly work on it in practice. Every pitch would be that changeup, and Foster would note the velocity differences. Now, Stevens feels comfortable including it in his arsenal.

He was almost ready to offer him in the fall of his sophomore season.

Unrestricted by the competitiveness and watchful eye of NCAA football and men’s basketball, Gambino often begins scouting players when they’re in their underclassman years of high school. From his first start, Gambino knew Stevens was the real deal. He envisioned Fridays in the ACC, under the lights of a major Southern stadium—or soon, a beautiful new complex on BC’s Brighton Campus—where Bear would be mowing down hitters.

When he saw Stevens in the fall, something wasn’t right. He had the stuff, yet couldn’t control the game the way Gambino knew he could. So he reassured his top prospect that, while he still loved him, he just wanted to see him start in the spring.

“And we saw his first outing in the spring,” Gambino said. “We knew then that he was everything we wanted.”

It’s not as much the stuff Stevens threw that convinced Gambino to sign the man who would end up being an Honorable Mention All-American in his senior season. Rather, it was Stevens’ emotional maturity and determination that helped Gambino realize he’s the guy who will be the future of BC.

“As far as I’m concerned, he’s already a junior in college.” said Bobby Skogsbergh, a reliever for BC and a close friend of Stevens.

Stevens’ favorite quality about his pitching is his inability to let anything distract him. Unlike other pitchers, who will scream bloody murder (or whisper f—k … a lot) into their gloves in frustration after a player hits a home run off a meatball over the heart of the plate or one of their fielders makes an error, Stevens remains composed. He always keeps in the back of his mind that whatever happens, happens. The only thing he can control is where he places the pitch over the plate—anything else is irrelevant. He believes that, if he were to reveal the cards in his head, that aura he creates from his size and skill would disappear instantly.

“If you start showing emotion, that’s blood in the water for them,” Stevens said.

Stevens thrived with that strategy. He mowed through nonconference starts against Northern Illinois, Chicago State, and North Dakota State, combining for 18 innings pitched, seven hits—the NDSU start saw Stevens give up no hits through six—23 strikeouts, five walks, and, oh yeah, no runs. ACC play was no different. He shut out North Carolina State in 4 2/3 innings, before allowing one run each against Clemson and Pittsburgh. All three starts were on the road.

That gave Gambino the confidence to pull the trigger on a move he had planned for some time down the road, yet saw no better time than in the middle of the season: Stevens would be his Friday night starter. Right now.

That composure doesn’t always show up in the clubhouse. Rather, his laid-back nature makes him one of the clubhouse’s most fun characters. Skogsbergh said you can often find him dancing on the bus or in the hotel rooms—his moves, I’ve heard, cannot be beat. Additionally, Stevens doesn’t take himself too seriously. After all, Gambino said, he sports a mean goatee and mohawk, the latter of which has made a triumphant return this year. Wild, 1980s-style hair is a funny look for a guy who has been called Bear his whole life because of his overwhelming size.

That is, when his teammates let him go by that.

After all, you can’t just come into a cast of characters like the Eagles in your freshman year without taking some hits for having a nickname.

“He had to prove himself first before he gets to be Bear,” Skogsbergh said.

So Skogsbergh and the other pitchers dubbed Stevens “Pear.” That was partially a play on Bear itself, but also in reference to his shape. No one loves it more than the man himself.

“It’s something funny that I can live with,” Stevens said with a laugh. “I don’t care what people call me, as long as people have fun with it.”

Electricity crept through the crowd when No. 4 Louisville came into town. The Eagles, in a careful balancing act between contending—they had taken 2-of-3 from defending champion Virginia—and pretending—a deflating sweep at Notre Dame—for the postseason, now faced their toughest opponent.

Against a Cardinals lineup that hits a collective .325—.325!—with four starters breaking well above .350, Stevens was cooking on the mound. When no one was on base, Stevens methodically worked between that slurve and high heater. With men on, not much changed. He and Sciortino tag-teamed to keep runners off-balance on the rare occasion they reached base. He even revealed a dirty pickoff move to second base, a tough motion for any pitcher, much less a right-hander.

When the dust settled, Stevens finished the win with seven hits and a walk scattered across seven innings on 102 pitches, one unearned run allowed, with four strikeouts. His ERA? A paltry 1.02, third-best in the nation. That number rose a little to 1.56 after a shaky four-run outing against Virginia Tech. Nevertheless, Stevens is still on the leaderboard: 17th overall, third in the ACC, first among freshmen, numbers good enough to have him on the midseason watch list for the Golden Spikes Award.

But hey, that’s just all in a day’s work for the man named Bear, renamed Pear, and named Bear yet again. And he’s just getting started. 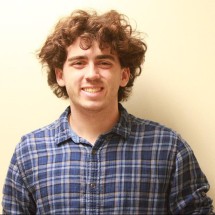