“No! I want to play with my older brother!” she told her mom, who tried to divert Doton’s affinity for ice hockey to figure skating. But she was 4, and she was determined.

Playing on the ice with her brother and his friends eventually became too dangerous for a little girl. Doton’s parents put her in a girls’ league—the closest one was 90 minutes away.

If the commute to every practice, and every game, each and every week, hadn’t been so long, who knows if Doton would have paid attention to her friends starting to play field hockey in middle school. Who knows if she would have learned to adjust from a lefty ice hockey stick to the standard righty field hockey one. Who knows if she would have won the state championship her senior year, two national championships at Wake Forest, become fourth all-time in points and assists and fifth all-time in goals, named ACC Player of the Year twice, and gone to the 2008 Beijing Olympics with the national team. Who knows if all of that would have happened if Greenfield, Mass. had a local ice hockey team for young girls—but her town didn’t, and so it did all happen.

With each team she advanced to, Doton was pushed backward down the field—from center forward in high school, to midfield in college, before settling in as a fullback on the national team. As she gained a better appreciation for everything going on around the field, she focused even less on her own accomplishments and more on helping the team win.

“Goal-scoring didn’t really do it for me,” she said. “I loved being able to pass to my teammates and have them be successful.”

She took her first collegiate coaching job as the assistant for Indiana University almost immediately after returning from Beijing. When Ainslee Lamb, head coach at Boston College, called Doton to offer her an assistant coaching position in Chestnut Hill about four years later, she accepted it on the spot.

“Maybe you should sleep on it,” Lamb told her.

The sport had sent her from Greenfield, Mass., to North Carolina, to California, to China, to Indiana, only to circle back to Massachusetts again. One place Doton did not see field hockey taking her was Lamb’s office.

Kelly Doton wasn’t supposed to be the head coach of BC field hockey. At least, not this soon.

When Lamb walked into Doton’s office last spring to say she was leaving, Doton’s first question was, “Where are you going? Can I come!?” Lamb then clarified that she was stepping away from coaching field hockey altogether. The decision was a shock to both the coaching staff and players, as Lamb had been the program’s head coach for 10 years and was incredibly popular.

“It wasn’t like you have an older coach, and you feel like they’re about ready to leave,” said AshLeigh Sebia, a two-time team captain. “It wasn’t that situation at all—it was kind of out of nowhere.”

Doton, who only came to BC three years ago, understood the surprise and maybe fear that her players were feeling.

“When she stands up and says, ‘I’m leaving,’ there’s a moment of anxiety, a moment of, ‘What do you mean you’re leaving? You’re supposed to be here,’” Doton said.

When Director of Athletics Brad Bates announced her promotion, Doton said a feeling of relief washed over her worried players.

As much as Doton wants to be a comfort to her team in moments of uncertainty such as that one, she knows to keep some distance.

Doton attributed the program’s existing emphasis on morals and personal ethics to the teaching style of her predecessor. And while she was confident in the program Lamb had shaped before her, she couldn’t avoid uncertainty in stepping into that role.

What mattered most to her was admitting her mistakes. Not just to herself, but to her team. The message she wants to send to her players: “It’s okay for you to make mistakes as well. You just gotta learn from them.”

Kelly Doton wasn’t supposed to lead her team to the second round of the NCAA Tournament.

The season’s direction, however, pivoted at halftime in the game against University of Virginia. The Eagles tied the game in the second half, coming back from being down three goals in the first, and won the game in overtime, just nearly avoiding going 0-6 in the ACC.

The season shaped up to be 13-9-0, with only one conference win and 12 non-conference victories. Many “firsts” could be tallied on the wall for first-time head coach Kelly Doton. The 2015 season was the first time the team has won an ACC Tournament game, as well as the first time it has gone to the second round of the NCAA Tournament in 17 years.

In a November press conference, Doton attributed the season’s success to the team’s senior leadership. Sebia, however, attributed that success to Doton, claiming to have learned from her coach’s compelling balance of “grit and grace” all season—carrying the chip on her shoulder that the underdog needs to get ahead, yet still valuing the class required to be a proper figurehead for the program.

As far as Doton is concerned, she is at BC for two reasons: to win championships and to be a role model for her players.

It turns out, Kelly Doton is right where she’s supposed to be. 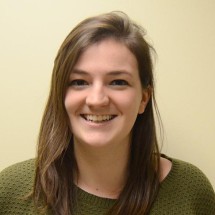