When a group of Boston College students began distributing condoms around campus in the spring of 2013, the backlash was swift. The group, then known as Boston College Students for Sexual Health, was hit with sanctions from the administration—those students could no longer distribute materials relevant to sexual health on campus, including in the dorm rooms the group designated as “safe sites.” Quickly, the story spread beyond the confines of Chestnut Hill. The New York Times wrote about the students, and The National Catholic Register emphasized the divide between devout Catholic students and those who are part of the condom-distribution plan. BC Students for Sexual Health has existed since 2009, but the spring three years ago was the first time it became a national symbol of the crossroads between students and administrators at a Catholic university.

Three years later, the president of Students for Sexual Health refers to that span of time as “condomonium.” The group still exists, although somewhat less vocally than it did at its peak in the national news. The University compelled it to drop the “BC” from its name, and this semester the group rebranded itself with new logos that do not mention the school’s name. Erin Barry, MCAS ’16, now leads the group.

SSH originally became notorious for distributing contraceptives on campus, and since 2013, it has shifted to providing them only on College Road, a swath of land owned by the City of Newton, not the University. About twice a month, it sets up a table between McElroy and Upper, and distribute contraceptive materials to students passing by. Once or twice a year, a police officer will come by to see what the group is doing, Barry said, but it does have a permit to be there, as long as it is not disturbing the peace. In addition to tabling, the group hosts trivia nights at Cityside Bar in Cleveland Circle, where it hands out goody bags with condoms, information on the local Planned Parenthood, and dental dams, among other materials.

“Just providing those condoms, you’re not really achieving anything,” she said, “so that’s why we have this dual mission.”

SSH is not a registered student organization—its funds come from advocacy groups Planned Parenthood and Advocates for Youth, not from the Student Organization Funding Committee, which funds registered groups with the student activities fee. The Undergraduate Government of Boston College, however, is funded by BC. For the 2015-16 academic year, the student government received $328,000. UGBC’s leadership is made up of a president, executive vice president, five vice presidents, 11 chairs, two directors, and the chief of staff, while SSH has around 15 active members who attend weekly meetings. The groups are very different. But now, they are working toward a common cause.

This month, the executive vice president-elect and a senator co-sponsored a bill meant to encourage the administration to open up the conversation on sexual health—including making it possible for student groups to use their own funds to distribute materials related to sexual health. Though the bill also includes a push for sexual assault resources, the focus is on the need for discourse on sexual health. Meredith McCaffrey, the executive vice president-elect and MCAS ’17, emphasized that the bill is not just about contraceptives, but is instead meant to expand a conversation that she and the Student Assembly believe is lacking.

“I feel like this conversation always turns into a conversation about contraceptives,” she said. “To me, that’s degrading the whole issue. It’s a lot more than that.”

For both Barry and McCaffrey, the larger issue at hand is that the University ought to begin a conversation that will enable students to make safe choices. Both leaders referred to “cura personalis,” a tenet of Jesuit identity that means one ought to care for another as God would—to care for one’s whole self. Sexual health is an important part of this pillar of Jesuit education, both Barry and McCaffrey said, in separate conversations. Barry said, in regard to SSH, that the group hopes to provide resources to extend care to the whole person.

“We talk so much about ‘cura personalis’ here—care for the whole person—and having healthy relationships, which are usually going to feature sexual relationships, are really important,” Barry said.

Currently—and contrary to popular belief—University Health Services offers testing for sexually transmitted infections, such as chlamydia and HIV/AIDS. Nurse practitioner Yolanda Hobin, who has been here for nearly 18 years, said that the tests have been offered as long as she has been here.

Although she cannot disclose the precise number of patients she sees for STI testing, she noted that she sees about six or seven each day. Hobin is the primary women’s health care provider, but she said that there are others in UHS who provide STI testing. STI testing is generally covered by a student’s insurance, and those students concerned about the fee showing up on their parents’ insurance can pay out of pocket via a service called Cashnet. It is only a tiny portion of students who do choose that option, Hobin said. If a test is positive, treatment is available at UHS. But, according to the University’s Web site, its official policy is that abstinence is the best way to avoid STIs.

This year, an increasing number of students are coming to UHS for STI testing. Although UHS could not disclose exact numbers, according to director Thomas Nary, Hobin said she has certainly noticed that more students are educated about the need for testing this year. Specifically, in the past two years, there has been an increase in positive chlamydia tests—although, she said, this could be due to a higher rate of testing. Students who come in for sexual testing seem well-informed, she said, and not at all intimidated.

Though the University cannot provide birth control generally, UHS can provide contraceptives for medical reasons. That means that a woman diagnosed with menstrual problems, like polycystic ovary syndrome or irregular periods, could receive birth control from BC. She did, however, acknowledge that a student could lie about menstrual cramps to receive contraceptives.

“If it’s specifically for contraception, we cannot provide it,” Hobin said. “I suppose you could say you have severe cramps, and how would we know? But I think most people are genuine. If they want contraception for contraception services, they go somewhere else.”

Hobin does not see this policy changing unless the Catholic Church changes its stance on birth control. Despite recent remarks from Pope Francis suggesting that contraceptives could slow the spread of the Zika virus, Hobin does not believe the Church will adjust its stance, so the University will not either.

The BC Office of Health Promotion holds programs like the Nourish and Wasted Weekend campaigns, which advocate for healthy eating and drinking habits, respectively, but they do not currently offer any programs regarding sexual health. Director Elise Phillips was not available for comment.

Theology professor John McDargh has been at the University for 37 years. In that time he has seen the rise in prominence of gay and lesbian students, particularly the formation of the GLBTQ Leadership Council. McDargh identifies as a “six on the Kinsey scale”—a measure of homosexuality that goes from zero, the most heterosexual, to six, the most homosexual. He has been supportive of gay and lesbian students on campus since he arrived. All decisions at BC are made from the top down, he said. For example, students don’t participate in a nationwide survey about sexual health due to a decision from the top of the administration. This, he said, was so the administration could claim “plausible deniability.” In reality, there are no figures about how sexually active the student body is, though McDargh assumed students are about on par with equivalent institutions.

Jesuit schools, he said, are particularly vulnerable to criticism from conservative groups—they are known for being more progressive, and are known to push the envelope. Barry noted a similar idea. The problem of sexual health that she sees at BC, she sees at other Jesuit schools as well, such as Georgetown. Students doing similar work at non-Catholic schools are surprised by the restraints the administration levels at SSH, she said.

Recently, conservative publication Crisis Magazine has painted BC in a negative light for engaging in what it sees as collusion with Planned Parenthood. The National Catholic Register has published several unflattering articles about Catholic universities that host speakers affiliated with abortion providers. The newspaper, founded in 1927, has a readership of tens of thousands, including influential Catholic leaders. In articles critical of specific universities, the underlying message to readers is that these schools are no longer Catholic enough. It’s no wonder that leadership at top Jesuit and Catholic schools could feel hesitant to push the envelope when publications like this one, which are read by donors, are ready to pounce.

Catholicism has not been very rational in some ways, McDargh said, particularly in how it regards sexuality.

McDargh agrees that unless the Catholic Church changes its stance on contraceptives, the University will stick to its official position. He wants to see students able to protect themselves sexually. Yet he also thinks that providing contraceptives more easily to students is akin to endorsing the culture of casual sex prevalent on campus.

“The real thing that has to happen is a sea change around students thinking about protecting themselves and their partners,” he said. “And since so much unprotected sex happens around the use of alcohol, how do we get students to make sober, thoughtful decisions about sexual health?”

If the University were to suddenly adopt a policy that would allow resident assistants to go around a hall on a Friday evening “putting a condom and a lollipop under everyone’s door,” then the University would not only be recognizing the fact that students are sexually active, but also endorsing it.

Ultimately, McDargh said, sexual health is about much more than sexual diseases. He wondered aloud if non-Catholic institutions are any better than BC about having conversations about sexual health. Simply putting out contraceptives, without any conversation, is neglecting a very real responsibility.

“We need more conversations about negotiating intimacy,” he said. “I want the direction to be students having real conversations about intimacy, how you negotiate sexual connection, and how do [you] have sex … that is mutual, responsible, life-giving, fun, even uplifting.”

Barry believes the attitude that providing contraception promotes casual intimacy is “a very naive view.” It has been three years since the “condomonium,” and though visits to UHS for STI testing have increased, the casual observer could not necessarily detect a noticeable change in the campus climate. And for the foreseeable future, the members of SSH plan to continue to table on College Road—to provide physical materials, and to start conversations.

“Students hook up regardless, we’re just providing a way for it to be safe,” she said. 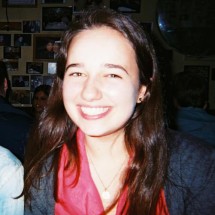 Carolyn Freeman is the Editor-in-Chief for The Heights. You can follow her on Twitter at @carolynrfreeman. She drinks her coffee iced with chocolate soy milk.