I was a little shocked when Afua Laast, LSOE ’16, told me to be selfish. Based on her track record as a Shaw House mentor, Undergraduate Government of Boston College vice president of diversity and inclusion, and a resident assistant, I never would have expected those words to come out of her mouth.

Laast went on to explain that when it comes to race and injustice issues on campus, everyone needs to be selfish, regardless of our race, gender, or sexuality, because these issues affect everyone walking across Stokes Lawn.

“Ultimately, stop being all about the selflessness and be like ‘how is this going to benefit me?” Laast said. “Once you change your mindset and it becomes more personal, then things can actually happen.”

As the vice president of diversity and inclusion, Laast has worked to promote conversation about AHANA, LGBTQ, and disability issues on campus.

This fall, Laast organized the “Blackout” on Stokes Lawn, where students rallied together to stand in solidarity with students at the University of Missouri.

The night before the Blackout was set to take place, Laast sent out a Facebook event inviting BC students to join her on the Stokes Quad. She didn’t expect much response, as the planning of the Blackout was so last-minute. To her surprise, more than 770 students responded on Facebook that they would attend the peaceful protest.

I remember the day of the Blackout vividly. It was the first big story I covered for The Heights and I was nothing but nervous. I recall students, dressed head-to-toe in black, covered O’Neill Plaza while rain came down in buckets. Standing on the bench, overlooking a sea of umbrellas, Laast called upon students to share why they stand in solidarity with the University of Missouri.

Student after student came up to stand on the bench next to Laast. They spoke of the need for honest conversations about race issues at BC, the discrimination they face on campus, and the need for a change at universities across the country.

Students cheered and hollered whenever another volunteer would step up on the bench. The crowd responded to each student’s testimony by raising their fists in the air, a sign of solidarity. I could sense the respect that these students had for Laast and the power she had when she talked about these issues.

“We have to stand in solidarity to reach any kind of success,” Laast said while atop the crowd of students.

Laast did not agree with the University of Missouri’s goal to remove the president. Change on campus begins with the students, the Board of Trustees, and the administration, Laast said.

“[Inciting change on campus] has just been really hard and really long and a lot of conversations over the past few years,” Laast said. “The goal has just been to improve the quality of life for all students. The headline on these events is the AHANA student, but ultimately, every group of students on this campus will benefit.”

Laast was born in the United States, she lived in Ghana from the time she was three months old through until she was 7 years old. Her father, who originally comes from an impoverished family in Niger, moved to the U.S. and currently works as a fashion designer. Laast’s mother moved from Ghana and earned two master’s degrees when she arrived in the U.S. She is also legally blind.

“My educational striving comes from that,” Laast said.

When I asked Laast’s older brother, Ousman what Laast was like as a child, he could only laugh.

He continued to describe Laast’s independence and strong-headed nature as the strengths she has used to forge her own path. Ousman said that Laast has been striving to give back and make a positive impact on the world since she was a child.

As Laast will graduate this year, Ousman hopes that she continues to do what makes her happy. He hopes that she has the courage to follow her own path and the fortitude to keep adapting to what is most challenging and fulfilling.

Growing up in New York, Laast said she always had an idea of what college would be like. Ousman, who attended Seton Hall University four years before she went off to school, provided her with one view of the collegiate experience. He was a straight-A student who travelled a lot during his four years. Laast had the notion that college was not going to be too challenging if she completed all her work. With a few “eyesores” on her transcript, however, Laast soon realized that academics at BC would not be a walk in the park.

Laast said she also had notions of college life from TV and pop culture. She thought of college as a never-ending party, where students went out every night of the week. After realizing that the party scene was not what she liked to do with her spare time, Laast learned to find spaces where her interests were the norm. BC provided Laast the opportunity to go to a Mod party when she pleased, but also check out a play or explore Boston on weekend nights.

Laast began her extensive involvement in the BC community before she even stepped on campus. Over the summer going into her freshman year, Laast applied to the Shaw Leadership Program, and lived in the Shaw House alongside throughout her first year at BC.

“I wasn’t going to apply to Shaw because I thought it seemed like too much for just a place to live,” Laast said. “But then I was looking at it and saw a kitchen and I love to cook. I literally retyped ‘Shaw Program’ and went back to apply for it.”

Only 20 students are accepted to Shaw each year, and continue with the program throughout their four years. By attending leadership workshops and participating in community service, students develop the skills to be successful leaders in the world.

After seeing students in Shaw become so involved early on, Laast felt the need to immerse herself in extracurriculars, she said. She enrolled in PULSE during her freshman year and began volunteer work from her first semester.

For her PULSE placement, Laast worked as a counselor at FoodSource Hotline. She primarily referred callers to food resources in their community and screened callers for their eligibility for the Supplemental Nutrition Assistance Program, formerly known as food stamps.

“I got to see professors and students coming in all the time, so you hear all these conversations and get a feel of what is happening on campus,” Laast said in regard to her job.

Moving into her sophomore year, Laast applied to be a resident assistant. She was placed on Newton Campus in Duchesne East, and instead of feeling isolated, Laast grew to love it. She said that it was one of the best experiences she has had at BC.

Laast still gets excited when she sees a resident from her sophomore year, who are now juniors, because she loves seeing how they have grown and developed throughout their time at BC.

In addition to working as an RA, Laast continued her involvement with UGBC under the AHANA Leadership Council. She also worked as an orientation leader and tour guide, and said that she gained inspiration from the parents of prospective students.

“I think that was also really cool just giving tours, and hearing where all the parents worked, and what they are doing,” Laast said. “It just gives you new ideas of what you are doing with your life and where you want to go.”

Laast shared a story of one parent who asked what other schools Laast was looking at when she was applying to college. When Laast responded that, in the end, she was choosing between Cornell and BC, the parent suddenly became inquisitive. Why didn’t she pick Cornell?

Laast recalls the mother saying, “I just have never heard of someone that turned down Cornell.”

Her response was typical Afua.

That is what makes Laast truly unique—she is not focused on prestige, recognition, or rankings. Laast does what she loves and loves what she does.

When the student tour was over, the mother, Dianne Renwick, handed Laast her business card and told her to call her if she was interested in taking on an internship. Laast didn’t think much of it until she saw the woman’s position—“New York Supreme Court Justice.” With an interest in law at the time, Laast followed up and worked as an intern the following Winter Break.

With graduation less than a month away, Laast is planning on staying in Boston for one more year to complete her graduate degree. She is currently taking classes in the School of Social Work, which also serve as elective classes for her B.A. Laast originally started on the clinical track, when she thought she wanted to pursue psychology.

“I thought I wanted to be a psychologist but then I realized I couldn’t,” Laast said. “My first internship was at Brighton High and I was like ‘One-on-one is cool, but you sitting here and talking to me is, like, not going to fix anything.’”

From there, Laast switched to the macro practice track in the School of Social Work and would now like to pursue social justice, possibly through a non-profit. She learned through her time in UGBC that she would like to work for policy change and eventually become the U.S. Secretary of Education.

Olivia Hussey, UGBC executive vice president and MCAS ’17, describes Laast as someone easy to work with because of her immense knowledge and ability to listen and learn.

“You can tell how much she cares about everything she does,” Hussey said. “She is someone who puts 150 percent into all the work that she does and never once does it for recognition or for ego or so someone will say to her ‘good job.’”

I showed up for my interview with Laast about 10 minutes early. It was the first time I had ever been in the UGBC office. Cubicles lined the perimeter of the room. I sat at a giant table in the middle, feeling completely out of place. Students sat on top of tables, swapping stories from the past week.

While I waited for Laast, I began to eavesdrop on their conversation.

“Did you hear Afua won another award?” one of them said in reference to my awkward presence in the UGBC office before interviewing her for The Heights’ Momentum Award.

In 2015, Laast was named one of the King Scholarship finalists for her work within the African-American community. Just last week she was the recipient of the Alfred Feliciano and Valeria Lewis Award for her efforts in furthering the ideals of the AHANA community. And now, Laast is being recognized as one of The Heights’ Momentum Award winners.

After sitting down with Laast for the better part of an hour, it became clear to me why she receives and deserves such ample attention. 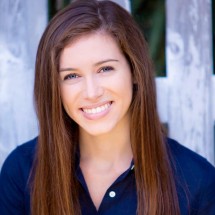