hat happens when nerds take over a fine French café in the heart of Brookline’s hipster haven? You get an entire section of the menu devoted to specialty Nutella drinks, a Super Secret Menu accessible only through social media, and crepes of the month inspired by gamers and Game of Thrones alike.
Nestled among boutique coffee shops, falafel joints, and an independent bookstore, Paris Creperie is the kind of hidden gem you’d expect to find in Coolidge Corner. Founded in 2001, and easily accessible off the MBTA and bus routes, the business has blended into the Boston subculture in more ways than one.

Their crepes of the month have featured creative combinations and pop culture references that young adults literally eat up. Like “Stark Chocolate.” Or the Kanye-inspired “Omelette You Finish Crepe.” Or “Jiggly-fluff,” created at the height of the Pokemon Go craze, which even the manager admits may have had too much fluff.

Or my personal favorite, “Churro-surgeon,” a delicious homage to Ben Carson that comes with two cinnamon-sugar, churro-style crepes filled with nutella and served with dulce de leche sauce for dipping. They couldn’t help but market that crepe with a poster of the former presidential candidate performing brain surgery, except his arms are churros, and the words “Super PAC’d with Flavor” float above a pyramid of stored grain.

“Many of our guests loved the crepe, as well as the advertising,” an assistant manager later wrote on the website’s blog, “however, we got one very angry email from a local Brookline gentleman for dishonoring his presidential pick with such an ‘offensive sign.’”

But the overwhelming support that Paris Creperie has received for its crepes of the month, which are crafted by employees but often inspired by customer feedback, has drowned out any occasional criticism. And when they talk about a team effort, they’re not just speaking in clichés.

Paris Creperie practices an open-book management style, meaning finances are made available to employees and profits are shared among them, too—effectively giving staffers a brief business education while incentivizing them at the same time. If the company exceeds financial expectations, employees are rewarded quarterly based on the number of hours they have worked.

“Our longest-standing employee has been here for almost eight years now,” shift supervisor Emmit Nahil said. “The people who stay on more than a year are really inclined to be invested in the business and to invest in the quality of food, not just the business structure.”

That’s rare in the food service industry, but not surprising when you consider the café’s work environment. It’s transparent, upbeat, and most importantly, collaborative.

“We also try to teach other skills,” general manager Kaia Machalek said. “A lot of marketing students will do our social media, art students will do the chalk drawings or create posters for us.”

In other words, they know how to play to their strengths. It’s in the nature of their grassroots model. Free from the constraints of traditional bosses and workplace hierarchies, workers can voice their opinions and take more risks in the kitchen.

“Their opinions actually matter,” Machalek says of her staffers. “If somebody has an idea, we like to try it out to see if it works.”
Maybe that explains some of the more unorthodox crepes, like “Sweet Cheesus” (gruyere and brown sugar), “The Nan-Bear-Pig” (cookie butter, bacon, and banana), and the always-tempting “Chuck-olate Crepe” (nutella and bacon), all of which can be found on the Super Secret Menu. There is certainly not a shortage of sweets at Paris Creperie.
When I arrived there on a mild Thursday afternoon, though, I was craving one of the café’s savory options instead. Behind the counter, a young man with much cooler hair than me suggested the “John Gouda-man” crepe, so I went with his recommendation and returned to my seat. On the walls, French art and memorabilia reminded customers of the Parisian recipe that inspired the restaurant’s birth 15 years prior. But on the red, white, and blue menu, the jarring combinations are reminders that this isn’t your traditional creperie.

After 15 or 20 minutes, my food emerged from the back. For $11.99, it came stuffed with turkey, bacon, spinach, chipotle aioli, and gooey smoked gouda cheese, accompanied by a side salad. Each ingredient tasted fresh and rich with flavor. While it might be a bit pricy, it’s sure to leave customers satisfied with a full meal—which isn’t to say there won’t still be room for dessert.

Ultimately, Paris Creperie succeeds because the lines between customer, staff, and management are so often blurred. Managers ask staffers for ideas. Staffers ask customers for advice. The crepes flip, steam rises, and the feedback loop repeats.

It also helps that Paris Creperie seems to genuinely care about its customers. When the café decided to cease production of its chicken parmesan crepe, loyal fans couldn’t get over the loss of their favorite menu item.

“A customer actually e-mailed us with a huge poem about how much they loved it,” Machalek said. “So we were like, ‘Fine, we’ll make it.’ Then we gave him the poster and he loved it.”

Another customer was so adamant about the chicken parm that staffers simply couldn’t break his heart. So after he voiced his frustrations, employees chose to keep the ingredients on hand just for him—though they’ll whip up the off-menu specialty for anyone, if requested.

This level of attention is part of the reason the cozy hole-in-the-wall remains packed all day. A mostly college-aged crowd is attracted to the café, stopping by regularly for raspberry nutella lattes, or just to say hi. A product of its liberal Brookline hub, Paris Creperie has transformed into a crepe commune of sorts where faces old and new gather in concert.

It’s just a really thin pancake. And it’s just another hip cafe geared toward millennials. But for one meal, at least, it feels like just enough of an escape. Because even though the French flags won’t fool you, the food will.

With Sofra, Find Your Turkish Delight

Hei La Moon Is All That and Dim Sum 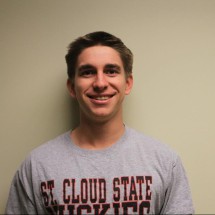