o the casual viewer, the play wouldn’t really seem like anything out of the ordinary.

St. Luke’s School was playing The Ethel Walker School in January 2017. St. Luke’s had the ball. Maya Klein stood at the top of the arc, surveying the court for a moment as her teammate Sydney Lowery waited on Klein’s left wing.

Klein attempted a shot from deep that just didn’t fall. An Ethel Walker player couldn’t secure the rebound, and knocked the ball toward half court. Lowery streaked to the top of the arc as one of her teammates grabbed the ball, turned, and fired a pass to her.

Lowery caught the ball, pivoted to face the hoop, and hesitated only for a moment before making her move. She dribbled a few times, hovering around the top of the arc, before suddenly exploding toward the basket. Her defender was too slow to stop her, and Lowery went up strong to the hoop and laid the ball in.

Nothing fancy, right? A long shot, a long rebound, and a guard driving aggressively to the hoop for a basket. Plays like that happen all the time in basketball. Nothing to write home about.

Except this time, it really was something to write home about. Immediately after Lowery made her layup, the gym erupted in cheers. A timeout was called and Lowery’s family joined her on the court as the St. Luke’s athletic director handed her a commemorative ball. See, this wasn’t just any old basket, and they weren’t just any old points.

It was Lowery’s record-setting 2,000th point for St. Luke’s School. She was 16 points shy at tip-off, and she reached the milestone in the first eight minutes of the game.

Matt Ward, in his first season as head coach of St. Luke’s girls’ basketball, was overjoyed for his senior. It was the latest achievement in an illustrious high school career that saw Lowery commit to Boston College at the end of her freshman year, tally 1,000 career points only six games into her sophomore season, serve as a two-time captain for the Storm, set a career point total record with 2,165 scored over the course of four years, and nab multiple New England Preparatory School Athletic Council (NEPSAC) All-League and All-Star honors.

For Lowery, the accomplishments were pretty sweet—but getting to share them with her friends and family was even sweeter. And scoring her 2,000th career point felt much nicer than scoring her 1,000th career point. First of all, she was the first player in St. Luke’s history to ever reach that milestone. Plus, her mother, who’d been unable to attend her 1,000th point game because of health reasons, was there to proudly cheer Lowery on against The Ethel Walker School. And it was the last game of basketball Lowery’s grandfather ever saw her play.

“[Sydney] wanted to celebrate with her family and her teammates,” Ward said. “That’s all she really wanted—to share the moment with them.”

Lowery carried this selfless spirit through the remainder of her senior season, doing everything in her power to help St. Luke’s advance as far as possible. And when the Storm were knocked out of the NEPSAC playoffs, and her high school career was suddenly over, Lowery knew she had to look ahead to the next challenge: competing in the ACC.

owery was always destined to be an athlete.

Her mother played high school basketball before deciding not to pursue a college career, and then coached when Lowery was young. Her father played college football at Fayetteville State. They encouraged Lowery to pursue sports from a young age growing up in Shelton, Conn.

She started out her athletic career with karate, but was soon tempted to give basketball a try. She’d played a little bit at school, and she found herself really enjoying it. When she was 9 or 10 years old, Lowery took the plunge and joined a travel team.

She never looked back.

Karate fell to the wayside, and so did most other sports. She gave cross country a try, but basketball was her first and most important love. Lowery played on high-level basketball teams with a year-round time commitment, so she didn’t even really have time for other sports.

Lowery found her first basketball heroes on the courts at local high schools. She attended as many high school games as she could, eagerly observing the athletes and figuring out how she could improve her own game to match theirs.

“I wanted to be just like them,” she said. “I want to make a change on my team, be the best scorer.”

Lowery never backed down from a challenge. She always played up, competing against older players in higher age groups, forever the youngest member of any team she was on. This made her tougher, both physically and mentally—playing against bigger bodies forced Lowery to become stronger and unafraid of contact, while playing against more experienced bodies forced her to become a better decision-maker and raised her basketball IQ.

She began to compete in New York, playing for the New York Gauchos organization and traveling to the city for tournaments. Everything in New York is bigger, and playing there offered Lowery more opportunities than she’d ever had before. But when the time came to choose a school to take her game to a higher level, Lowery stayed close to home, opting to attend St. Luke’s in New Canaan, Conn.

As an eighth grader, she entered a basketball program that was weak, one that nobody considered a local powerhouse. Lowery was determined to change that. After all, she knew that she was serious about basketball, and she knew she wanted to play in college, and she knew that by bringing her focus, drive, and work ethic to practice every day, she could slowly shape the players around her, too.

“When I first started playing for St. Luke’s, we weren’t really on the map for girls’ basketball,” Lowery said. “I came in trying to change the organization.”

According to Ward, Lowery was instrumental in building St. Luke’s into a perennial competitor. Through her actions, she set expectations for her teammates and established a standard to which they all played. This paid off almost immediately—by the time Lowery was a sophomore, St. Luke’s was winning more games and going further in the playoffs. When she was a junior, a freshman class of highly talented players had joined her at St. Luke’s, and the team suddenly became a serious regional threat.

Lowery gave her heart and soul to St. Luke’s, and the day her high school career ended was emotionally charged. As Lowery came off the court crying, she hugged Ward for almost a full minute. She had devoted so much time and energy to turn St. Luke’s around, and all of a sudden, her time was up.

“When she came off the floor in tears that game … I told her: ‘You changed this program,’” Ward said. “How can you not be proud of a kid in that moment?”

owery’s path to BC was clear early on. When she was in eighth grade, she first noticed college coaches watching her travel games, and from that moment on she knew she could play Division I college basketball.

She first got in contact with BC during the summer after her eighth grade year, asking head coach Erik Johnson if she could go to BC’s summer camp. For his part, Johnson was floored the first time he spoke to Lowery.

“I remember getting off the phone and thinking, ‘There’s no way that’s a 13-year-old,’ or 14-year-old, or whatever she was at the time,” Johnson said. “Her poise, the way she spoke on the phone, her maturity—it was unbelievable.”

Lowery began making campus visits during her freshman year, and was quickly sold on BC. She and her family placed great emphasis on academics, and BC certainly checked that box. Besides that, it was in the Northeast, so it was relatively close to home. Lowery just felt right at home, and so she made her decision to commit by the end of her freshman year—the earliest recruit in Johnson’s 24 years of experience at the Division I level.

Her phone call with Johnson demonstrates what makes Lowery such a fierce competitor on the court—her tenacity and emotional strength. Lowery matured early, both as an athlete and as a person, through playing against older girls and experiencing her mother’s health issues. Her mental toughness has translated well to her game. Lowery’s coaches praise her laser focus and complete dedication to whatever task is placed in front of her. Ward called her the toughest player he’s ever coached.

According to Johnson, Lowery and her teammate Milan Bolden-Morris are unlike most freshmen during their transition to playing college ball. While it might be easy for most freshmen to become overwhelmed in a new situation, juggling academics with a completely new level of athletics and trying to establish an identity in college, Lowery and Bolden-Morris have worked hard to settle in and prepare for the season ahead.

It isn’t surprising, given that one of Lowery’s goals is to jump right in and work as hard as she can to adjust to college ball. She wants to bring her court awareness up, increase her basketball IQ, and learn how to play alongside and against athletes with years of college experience.

“I plan on not playing like a freshman,” Lowery said.

Lowery has spent most of her basketball career playing against older opponents, so it’s not hard to imagine that she will quickly settle in at BC and play with poise above her years. She loves getting physical, and favors driving hard to the hoop and drawing contact. So far, Johnson has not seen her fazed by any opponent in practice. She brings the same exact intensity to practice, even when she’s going up against older teammates or the men that come in to scrimmage against the Eagles.

“I haven’t seen Syd scared of anybody yet,” Johnson said.

For those who watched Lowery turn St. Luke’s around, the similarities are clear. Just like St. Luke’s when Lowery entered the program, BC has endured a rough couple of years. Lowery managed to start a new era for St. Luke’s, changing the culture of the team and making it into a regional powerhouse. Now Lowery has joined an Eagles squad that desperately needs a kick-starter, and she might just be the person to turn everything around.

“She is going to do really great things at BC—for the school, the women’s basketball program, and for herself,” Ward said. 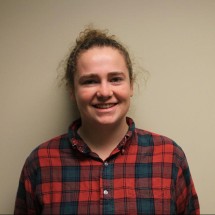