Brazil will face South Korea in the last sixteen match of the World Cup today at 1 pm Bangladesh time at Stadium 974 in Doha.

The Latin American team is plagued by injuries. But in the meantime, Neymar’s return is great news for the fans. Brazil coach Titei gave the good news. And Neymar gave another hint. After recovering from an ankle injury, the Brazil forward is in a very good mood before going to the field, or else you have to go to Narsundar!

Neymar got a new haircut before playing in the World Cup in Qatar. In the match against Serbia, he was also seen on the field in that cut. But he could not play the remaining two matches of the group stage due to an ankle injury in that match. Neymar turned to his hair stylist Nariko before returning to the last sixteen. He has changed his hair color.

Neymar-Vinicius sported new haircuts at a training camp in Turin ahead of the World Cup in Qatar. Perhaps unsatisfied with that cut, visit the hair stylist again before taking the field against Serbia. However, it is not known why Neymar changed his hair color this time. But a little fashion attention before an important match can have other meanings. Neymar may be looking to ease the pressure on himself. Maybe you want to be in as good a mood as possible before going into the knockout match.

Nariko has been Neymar’s personal hairstylist since 2015. Vinicius, Rodrigo, Lucas Paqueta also visit him occasionally. Neymar went to Russia with him in the last World Cup as well. The Brazilian star was also criticized for cutting his hair and changing his color four times in two weeks at the World Cup in Russia. First appearing with long golden hair, it became known as ‘Noodles’.

Then a comment on Twitter was quite discussed. One football fan wrote, ‘Looks like (Neymar) has a bowl of pasta on his head.’ Later, he cut the hair a little short, and then Neymar brought a light golden grass color to the hair. After that, before the last sixteen Mexico match, the golden color was covered with black color.

Brazil won the last 16 match 2-0 in Russia. This time, Neymar changed his hair color before entering the field on the same stage. Will the result be favorable? Who knows!

Between the World Bank and BC, Mathis Wagner Racks Up Frequent Flyer Miles

The Mursday Effect Chapter 2: All the Coffee We Cannot Drink 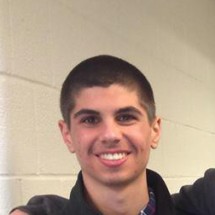